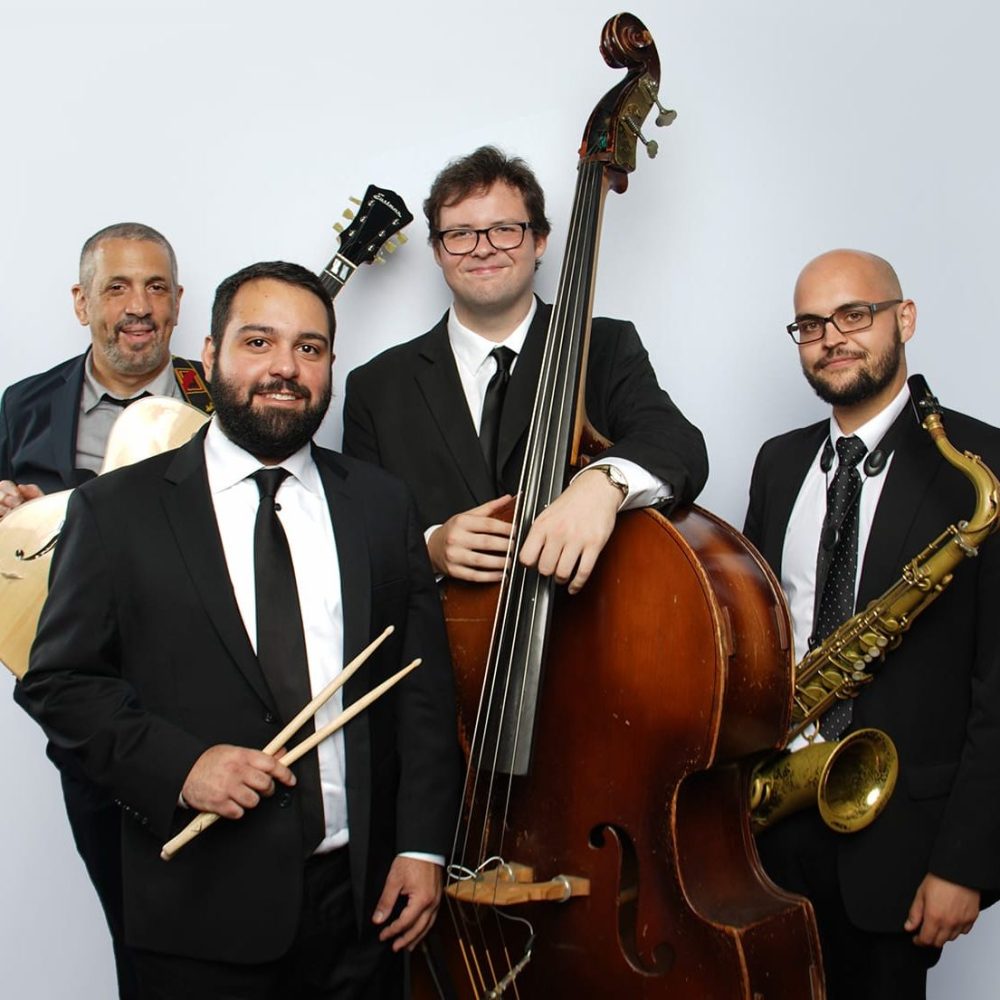 Julian Berkowitz is a veteran jazz drummer and bandleader with myriad options for accompaniment. His great taste is key in set composition and his choices when improvising ensure a great fit for any that seek talent that can provide both high-energy and romantic ambiance with precision. Consider his trio or quartet for your next social party, cocktail hour or brand activation!

Julian actively performs at a number of great local jazz venues in the DC metro area. He’s played at venues such as Blues Alley, Alice’s Jazz and Cultural Society, Jojo, An Die Musik Live, Rams Head on Stage, and 49 West. He has shared the stage with many of the top musicians in the DC area and beyond, Including Mike Pope, Chuck Redd, Steve Novosel, Herman Burney, Antonio Parker, J.S. Williams, Tedd Baker, Tim Murphy, Blake Meister, Todd Simon, Dan LaMaestra, and the late, great Fred Foss.